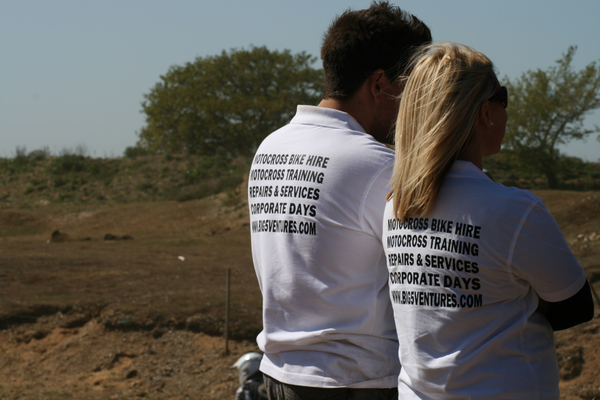 We opened in 2010 in England after racing professionally from 2000 in the British motocross championship both British MX1 & MX2 classes; British two-stroke championship in the Open Expert class; Winning the Margate Beach Race 2 consecutive years in a row and competing in International events such as the Hawkstone International, Dutch Open championship and the Namibian Inter Series.

Andre David is a Native South African who started ridding at the age of 5. After progressing rapidly from flat track racing to motocross through the school boy ranks; in 1996 he finished 3rd in the  South African 125 National Championships and 6th in 1997.

After recovering from injury in 1998 it was off to the UK to start to live his overseas ambitions!

He hit the ground running by finishing 13th in the British Qualifying Championships after only completing  4 out of 6 rounds.

From then on he was a firm fixture racing professionally from 2000 until 2009.

André’s career has led to him racing and honing his skills in the following countries: South Africa, England, Ireland, Spain, France, Holland, America and Namibia.

In 2010 he trained and qualified as an ACU (Auto Motorcycle Union) Accredited MX Coach progressing to Commercial Coach in the following years.

He has had the privilege of support from amazing sponsors lending to the success of our British based Junior Motocross Team for 2011, 2012 & 2013; Many successful hire days introducing people to the motocross family and 121 and Group Training days with Carl Nunn Multiple British MX GP Winner.

In 2015 we took the step to move our business back to André’s home of South Africa, in 2016 Andre was chosen to represent South Africa in the VMX of Nations in the UK at Farleigh Castle (http://www.vetsmxdn.co.uk/) and in the USA at Glen Helen (http://www.glenhelen.com/).

He has been invited to join the 2017 team ….. Proof that his years of experience have paid off.